You are now leaving the Cambridge Stronger website.
Continue 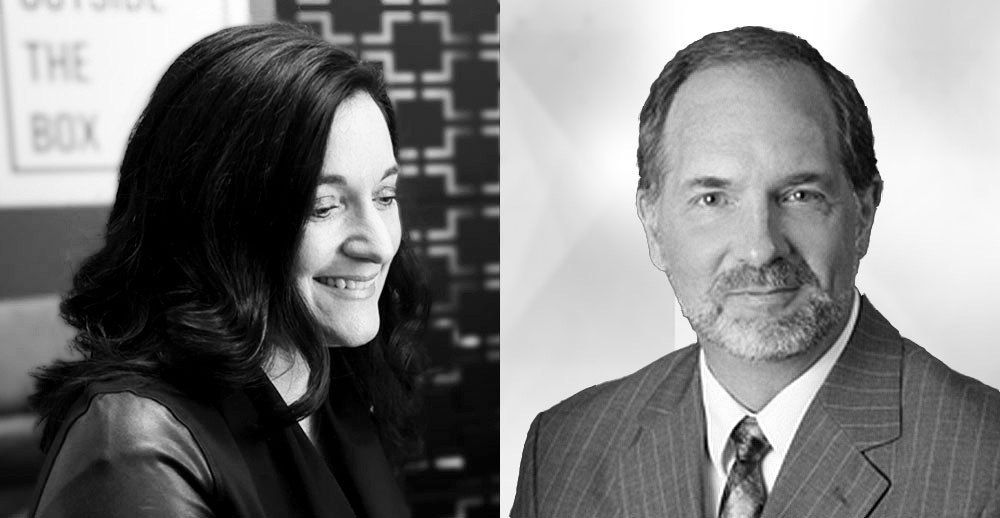 John Rathbun of Graf and Company is one of our Spirit of Cambridge¹ honorees. He leads a team located in Fairfield, Iowa – which is where Cambridge’s main campus is. I talked with John about his journey that begins after he completed his formal education in business.

“I would say I got here with a lot of work and a lot of mistakes,” said John. “After a formal education, I went to work for an insurance company and wound up owning an insurance agency and evolved into life insurance and ultimately into financial planning. Then in the late 1980s, I started working in fees on the planning side, and started moving our assets to fees in the early 1990s.” At the time, John’s business was only a block away from Cambridge’s first Iowa location on the downtown square, and John walked over to see what the firm was offering.

One of the things that we try to do through this podcast is highlight why someone might want to be in our business. Many times people fall into our particular business accidentally. So I am interested in hearing from John about when he was going to school in general business, did he know he was going to be a financial planner?

John shares that he didn't know he was going to get into the insurance field. He had a good friend who was in it and he enjoyed it. “At that point, honestly, it was job, just a job for a 20-something year old,” said John. “I found that I was good at working with people in challenging situations. It led me from the insurance business and working for a company to owning an insurance agency, and then into financial planning. I am a problem solver and the planning just seemed to make sense for me.” John shares that he built his career based on five-year blocks, setting goals every five years, and break it down into two years, one year, six months, and tomorrow. Through this detailed process, he spent a lot of time getting to where he is today.

“Give me six hours to chop down a tree and I will spend the first four sharpening the axe.”
– Abraham Lincoln

I ask John what the profile of the typical client looks like, in his business. He explains that for almost 40 years, they have done what he calls an orientation. “That orientation is an introductory meeting. In that meeting, we're very honest with people that they’re getting to know us and making a judgment about us, but in the same light, we are doing the same to them. We have criteria in choosing a client but it's not based on worldly assets. We know that we work harder for people we like, for people we trust. We're looking for values, but they're not dollars and cents.”

I asked John if he approached it that way in the early stages of his career, and he explains he always wanted clients with extremely high personal values. Over the course of time, there may be a few that you regret, but for the most part because they are careful, they’ve got great people who really trust them and they trust the clients in return. John notes that makes for a good career. I agree that working with people that you genuinely like is much more fulfilling.

He mentioned earlier that he was good at working with people who had challenges or working with challenging situations with people. One of life's challenges, especially if they have a business, is succession planning. John shares his passion around that topic.

“As I've gotten older my passion has grown,” said John. “I think for the most of the part, I speak in decades, and that says something about how long I've been around. I think a great sense most of those years was committing to serving. Succession for me when I was 40 or 50 didn't mean as much to me. Because really, it was just how well I was going to serve this day this week.”

As he continued to get older, John explains he began thinking about the later stage of his career. When he was about 55 he began being very open with clients, inviting them to ask him questions and engage with in a conversation about his succession plan. “I think they have every right under the sun to ask me what that plan is. To me, it should not be a secret. It really caused me to start thinking deeply. I am 65, and I don't have that perfectly designed. But, in the last year and a half I've been working diligently, and I do mean diligently, to figure out what that means to me.”

“Always plan ahead. It wasn’t raining when Noah built the ark.”
– Richard Cushing

John says that in the decade from 55 to 65, he explored, watched, paid attention, and tried to figure out exactly what his clients needed. “I do not believe that succession is about me. I believe it's about them. It's my last and final legacy. What do I leave with them? How do I make it stronger as I decide to go fishing more? I really think you have to approach succession planning with transparency, and humility. Because there will be a time when I will vaguely be remembered, and that's okay. It's really what's important is making sure the pieces of the foundation, the integrity is all there.”

Thank you for reading my blog. I invite you to listen to my podcast with John and hear more about the specific things he’s done in planning for succession – for his clients, his team, his family, and himself. The successful route often involves the successor coming in, appreciating and genuinely being empathetic around these issues – especially taking care of the clients. As John notes, a good financial planning and wealth management practice is very intimate. It is important to recognize that separation is not easy for them either without thoughtful planning for succession.

Listen to the Podcast

1The Spirit of Cambridge Award is given annually to independent financial professionals who are dedicated to serving their clients while reflecting Cambridge’s core values of integrity, commitment, flexibility, and kindness. Each year, Cambridge home office associates select three award recipients from a pool of outstanding financial professionals who have been affiliated with Cambridge for at least 10 years. The awards are presented during Ignite, Cambridge’s annual national conference, along with a donation by Cambridge to a qualified charity of each recipient’s choice to further honor their spirit and dedication to their clients, Cambridge and the industry. The Spirit of Cambridge awards began in 2012 to recognize quality financial professionals reflecting the Cambridge spirit, and thousands of dollars has been donated in their honor to charities across the country. Given their dedication to their clients, Cambridge, and the financial services industry, this is a well-deserved award for each honoree.

Testimonial statements and personal experience stories may not be representative of the experience of others and is no guarantee of future performance or success. Quotes are highlights from the podcast episode and may reflect edits for brevity and/or clarity within this blog by Cambridge’s CEO, Amy Webber. These messages and materials are the confidential property of Cambridge Investment Research, Inc. (“Cambridge”). The ideas and information in this presentation are general in nature and provided for informational purposes only. The accuracy, completeness, and timeliness of the information cannot be guaranteed. The information contained herein is not intended to render tax, legal, or investment advice. All rights reserved. Further use is prohibited without prior written consent from Cambridge. Please contact ‘publicrelations@cir2.com’ for questions or consent.

Testimonial statements and personal experience stories may not be representative of the experience of others and is no guarantee of future performance or success.

You are now leaving the Cambridge Stronger website.
Continue